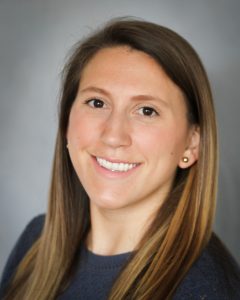 The Department of Kinesiology congratulates Dr. Jaclyn Maher and her collaborators on receiving funding for their project, “Maternal Stress and Children’s Obesity Risk.”  The project funding was awarded by the University of Southern California with financial support from the National Heart, Lung, and Blood Institute.

Dr. Maher and her colleagues — Genevieve Dunton (PI), Adam Leventhal, Jimi Huh, Tara Gruenewald, Gayla Margolin, all of the University of Southern California, and Stephen Intille of Northeastern University — will be gathering data on working mothers and their 9- to 11-year-old children twice a year for three years using a data collection technique called “ecological momentary assessment” or EMA.

According to Dr. Maher, “Our research team has a theory that elevated levels of stress among mothers may compromise subsequent weight-related parenting behaviors such as limiting, monitoring, modeling, and encouragement of children’s physical activity and dietary intake which may, in turn, increase children’s long-term obesity risk.  EMA is a perfect technique for this type of study because it allows us to capture the behavior and moods of the mothers and children in real time, which greatly reduces problems with retrospective bias – when a subject is remembering rather than experiencing events and emotions.  Being able to study the mothers and children over a three-year period lets us consider how their responses change over time and observe whether fluctuating levels of stress influence weight-related behaviors and, ultimately, obesity risk among children.”