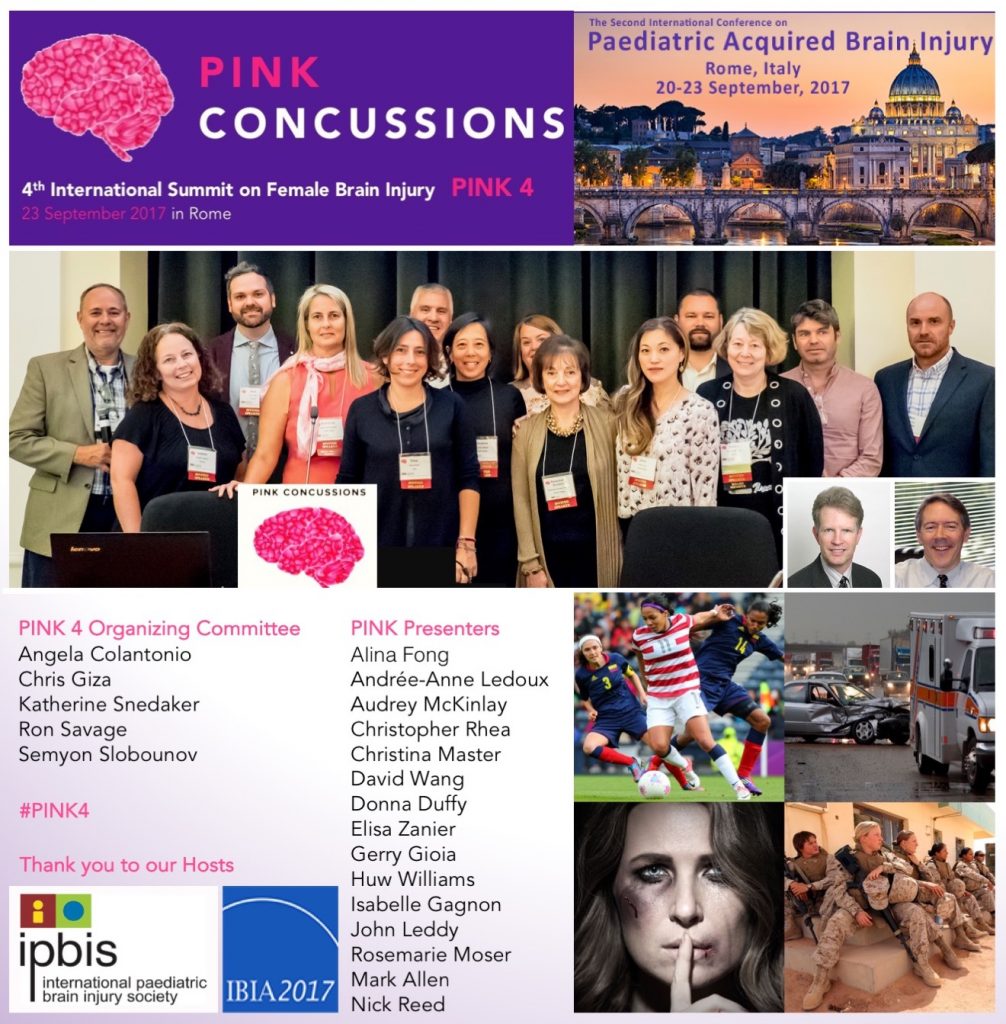 Dr. Chris Rhea and Dr. Donna Duffy were invited to give two presentations at the Pink Concussion Summit. The Summit was hosted by the International Paediatric Brain Injury Society (IPBIS) and the International Brain Injury Association (IBIA) in Rome, Italy, from 20-23 September, 2017. The first presentation provided an update on the continued research of the Behavior and Recovery After head Impact and Neurotrauma (BRAIN): The Female BRAIN Project. The Female BRAIN project is in its fourth year of data collection focused on the neuromotor and neurocognitive performance and changes experienced by post-collegiate aged recreational female athletes who play collision sports.

The second presentation, the True Baseline Project (TBI), provided an overview of an upcoming project under the umbrella of the Female BRAIN project. The TBI project is a longitudinal tracking study initially focused on preschool aged girls with the intent of tracking their neuromotor and neurocognitive performance and changes experienced over time on one of two tracks: (1) those who participate in sport and (2) those who do not participate in sport.